Participants of the 5th Nordhavn rendezvous gathered Monday morning for coffee, bagels and goodbyes as festivities came to an official close. The weather was touch and go, as it typically is in New England over the five day event, but as was heard over and over, “since when has bad weather stopped a Nordhavn owner?” 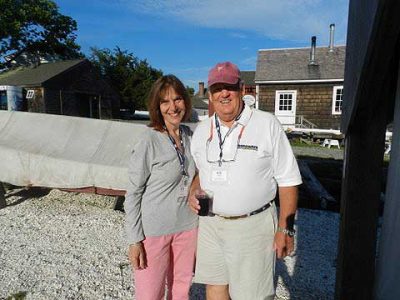 Whether under raindrops or streaming sunshine, Mystic Seaport in Connecticut provided the perfect backdrop for the Rendezvous where nearly 50 owners attended seminars, explored the museum and marine historical center, celebrated at parties, and most importantly, enjoyed each other’s company.

Boats ranging in size from the N40 to a Nordhavn 72 lined the docks around the Seaport, drawing much attention from museum-goers and vacationers who’d flocked to Mystic for the weekend. Last Friday, nearly 100 people had signed on to climb aboard several of the Nordhavns that had opened their doors to be toured by potential new owners. The spirit of camaraderie was on view, providing a perfect opportunity for would-be owners to see what life is like when your boat is a Nordhavn.

The Rendezvous kicked off last Thursday with a Welcome Cocktail party presented by Sterling Associates finance company. Participants were greeted by Mystic Seaport President Steve White and Nordhavn’s president, Dan Streech, who updated guests on various happenings at Pacific Asian Enterprises (P.A.E.) including the forthcoming launch of the Nordhavn 120. 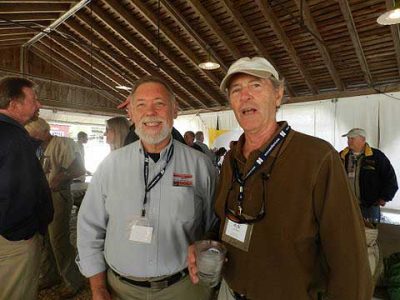 The following day, most owners attended the Pantaenius Seminar Series featuring five experts in the areas of diesel engines, stabilization, equipment and spare parts, LED lighting, and life rafts. The day of education was capped off with a very fun potluck supper where participants either made or had store-made a delicious dish of their choice. To say this group was competitive is an understatement! In the end, Marcianne Laycock from N68 Migration won first prize with her tasty Snickerdoodle dessert, while Kristing Thyrre of N57 Summer Star nabbed second with an exotic Gravlaks, a Norwegian cured salmon dish. The winners were awarded bottles of wine – and unfortunately for Kristina, someone mistook her prize earlier in the evening for a contribution to the drinks table!

Saturday morning, P.A.E.’s own engineer Mike Telleria spoke to a packed house on Nordhavn electrical systems. The three-hour seminar gave way to a free afternoon for participants, which was good because summer finally returned to New England. Later that evening, some hopped the bus to the Mohegan Sun casino, where N40 Commander’s Lindsay Kallander was the big winner taking home $84! 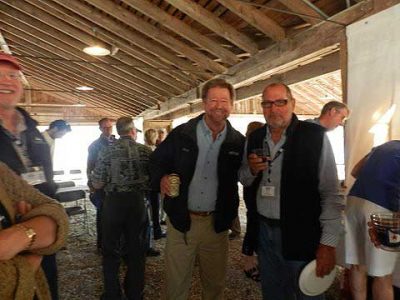 On Sunday, a large group gathered for an interesting tour of the nearby submarine base and museum where participants got to explore an actual submarine originally commissioned by the U.S. Navy in 1956. The big Rendezvous finale was an old fashioned New England lobster bake that featured succulent lobsters, chowder, chicken, corn on the cob, potatoes, salad and bread. Dinner guests were treated to a local “chanty” singer and celebrated well into the evening, bringing an unofficial festive end to one of Nordhavn’s best rendezvous.