The Bahamas are a favorite stomping grounds for boats this time of year, as they certainly are for Nordhavns. There were no less than eight of them anchored out in Georgetown yesterday afternoon, enjoying the warm – if windy – weather that marked winter’s transition into spring.

It’s a well-known fact that when a group of Nordhavns (aka a noggle) is gathered in the same place at the same time, they can’t help but to meet up on a single boat for cocktails, convos and boat ogling. It’s precisely what happened yesterday on board Scott Allen and partner Abby’s boat Orenda. Their Nordhavn 55 played host to a 5 couples whose varied Nordhavns lie all around the Sand Dollar Beach anchorage in Elizabeth Harbor.

Although the afternoon was harassed by 2-3 foot swells and 20 kt. winds, it didn’t keep the majority of these hearty folks from setting out on their dinghies to enjoy the company of other Nordhavn owners. They slogged through the waves with their beverages and hors-d’oeuvres to be shared. They bonded over stories of cruising, in-depth technical discussions and discussed all the parts sitting in Florida awaiting their returns.

A group photo was taken on the bow of Orenda and it got Scott asking, “How does this occur?” How does a group of strangers meet up in the middle of the Caribbean and only hours later become best friends? “It’s a secret that so few of us understand,” he says. Correction, it’s a secret so few of the outside world understands. For Nordhavn owners, it’s as clear as the water in the Bahamas.

Eight Nordhavns are currently anchored in Elizabeth Bay in The Exumas, The Bahamas. 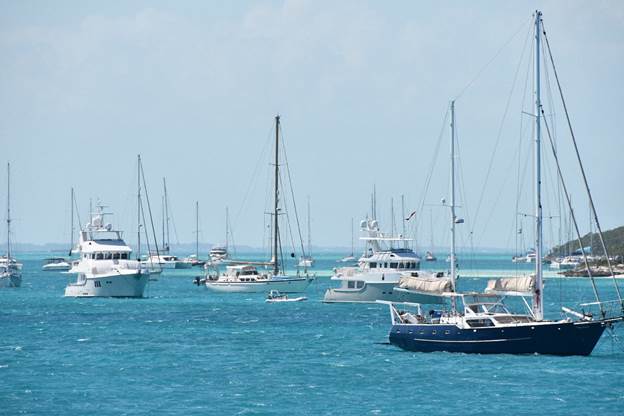 Dinghies tied up to Nordhavn 55 Orenda for an impromptu gathering. 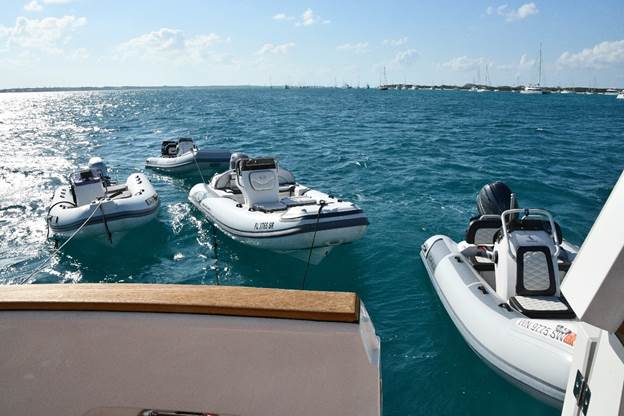 The beverages and the stories were flowing. 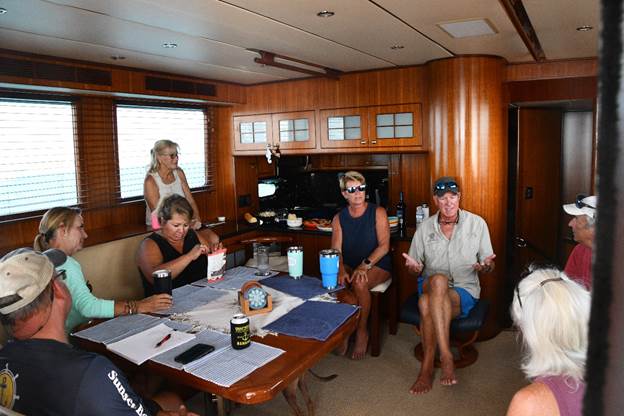 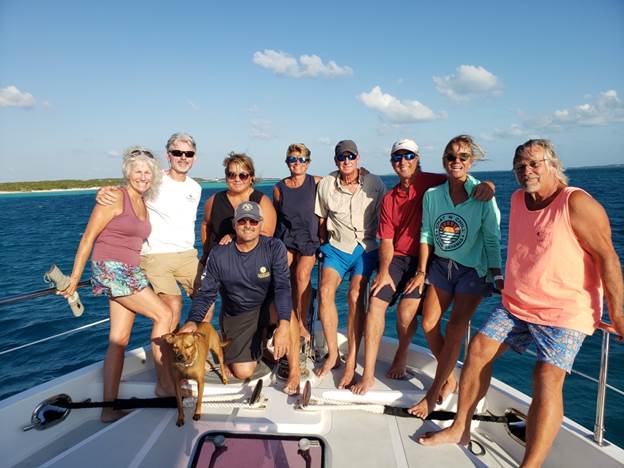