Curiosity’s original owner was a boat builder, who knows trawlers and tugs and has kept the boat in fresh water or in dry dock when not being used.  Her current owners have done top level professional regular maintenance and upgrades, keeping her optimally maintained.  She includes the finest combination of factory upgrades and custom equipment added by the original owner and current owner, resulting in a vessel that is set up to cross oceans and venture on extended long-range cruises. Each system has been thoroughly tested and used, so she is ready to go at a moment’s notice.  Curiosity has the popular fiberglass stack and Steelhead davit arrangement.  If you are looking for a beautiful, robust full displacement flybridge trawler you will be quite pleased with Curiosity.
The Nordhavn 43 is an outstanding world cruising trawler and her long-range heritage is a testament to Jeff Leishman’s design and the “bullet proof” build and engineering that PAE is so famous for.
Originally conceived as the answer to the “What would have worked better?” question we raised during our 2000 – 2001 circumnavigation with a Nordhavn 40, the 43 has proven to be a very popular yacht for cruising couples. Many of her design features take a page from the venerable Nordhavn 46 which she has essentially replaced in the lineup.
Curiosity is a full displacement trawler type vessel with proven long-range capabilities.  She has a nice entry cockpit with boarding doors on both sides and an access door to her swim step.  Below the cockpit is a large lazarette that gives excellent access to the steering gear, the inverter, hot water tank, heater and water-maker, as well as providing ample space for storage.
The saloon is entered from the cockpit through a robust watertight and double dogged commercial strength Dutch door.  The saloon, a very large room that connects with the galley, has an open feel mostly due to the large sized windows finished with teak trim.  Curiosity’s interior is tastefully decorated with Ultraleather upholstery and features beautiful teak and spruce wood floors highlighted throughout the boat by custom two inch reveal carpet.  In the saloon, custom window shades provide the privacy one requires while dock side and helps control temperature inside. To starboard is a comfortable “U” settee and a fixed table.  To port is built in cabinet with a 39” Fire TV mounted in the aft port corner.  There is significant storage space beneath the settee and in the port side cabinets.
The elegant galley is highlighted by a Force 10 propane stove, two Sub Zero refrigerators, a freezer, microwave and trash compactor.
Going up a few steps you arrive in the spacious pilothouse that features a Pompanette helm chair forward with an excellent navigation/communication display arrangement and a bench seat with table and watch berth aft.  There are two robust watertight and double dogged commercial strength Dutch doors on either side of the pilothouse leading to the Portuguese bridge.
The staterooms are forward and below. The guest stateroom has a wide double berth to port (with a custom HMC mattress and fitted sheets), a desk with upgraded swing-out seat to starboard and its own head and shower.  The guest stateroom gets plenty of light from two portholes as well as overhead hatches in the stateroom and head.  The master stateroom is located amidships with a queen size island berth athwartships (that has a custom HMC mattress with fitted sheets) and a separate head with very large shower.  The owners’ stateroom is lighted by two portholes as well as one in the shower area.
The engine room is accessed by a soundproof door from the master (or through the sole of the saloon) and offers an unusually large serviceable area for a boat this size.  The main engine is on centerline, the wing engine aft to port and generator aft to starboard.  An excellent fuel management/filtration system is located on the starboard wall.
The foredeck has two deck boxes for storage as well as an upgrade heavy duty chain stopper for the main rode.  There is a large, accessible, chain locker with two shelves, one on the port side for a second rode and one on the starboard for storage.  Custom hooks have been added above the starboard shelf for line storage.
The boat deck is accessed from the Portuguese bridge and stores an updated Walker Bay tender with a 20HP Yamaha outboard and a large deck box for additional storage.
Curiosity is hull number 11 of the series, taking advantage of improvements during the build of those hulls produced before her, and has the added advantage of being “shaken out” providing an excellent value for someone who is ready to go cruising now.
Several long passages have already been chalked up on 43s including three Pacific Ocean crossings.  A sister ship (4318) left San Diego in 2007 and completed a successful two year circumnavigation.  If you are looking for an excellently maintained, solid passage maker, that is exceptionally equipped, comfortable and secure in all conditions, and a boat that is not only durable and dependable, but also has a luxurious fit and finish that will enhance your enjoyment at sea, then you deserve to learn more about this very special Nordhavn 43, Curiosity.

New toilets in both heads

Seals on Stabilizers serviced in 2016

NavNet NTMax in pilothouse and flybridge with separate
radar

ADDITIONAL BROKER COMMENTS:
Curiosity is a US Coast Guard Documented Vessel.  All recommended maintenance on machinery and equipment have been completed to manufacturers requirements.  The hull has been cleaned and waxed on a regular basis.  Pride of ownership is evident throughout!
Curiosity is loaded and ready to head right back out to sea. Both the original & current owner have been meticulous in the care of this fine yacht and all a new owner would need to do is add groceries, top off the fuel tanks and depart for distant shores. 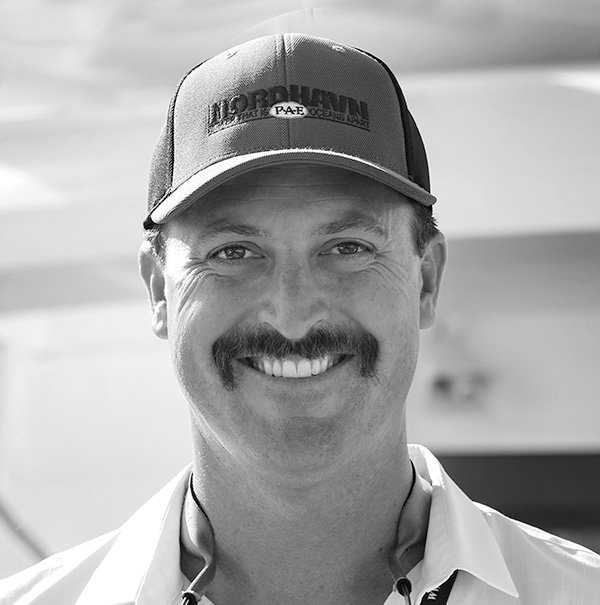