When you purchase a new or used Nordhavn, you qualify to join one or more of the owners groups which have been formed. There are several groups which are specific to a model and there is one overall group to which all Nordhavn owners are invited to join.

The members use a Yahoo “Groups” forum to post messages and ask and answer questions. Sometimes the questions are technical in nature and relate to a boat and sometimes they are social or informational. Through the process of group involvement, Nordhavn owners from around the world come to realize that they belong to a family that is larger than the few Nordhavns that may be in their area.

The groups are not owned or controlled by PAE/Nordhavn. The individual model groups are closed to PAE personnel and anyone else but owners of the particular model represented by that group. The general owners group is open to all Nordhavn owners and any PAE employee who chooses to apply. We encourage each PAE employee to join the group because it is packed with real life owner feedback which we can use to improve the Nordhavn breed. It isn’t always pretty… PAE gets a good scolding from time to time, but such is the nature of uncensored group communication.

At about this point patient reader you are saying “what does this have to do with me? I am not a Nordhavn owner”. Well, there is now a group for you. A new group called “Nordhavn Dreamers” has been formed. This group is open to anyone who professes an interest in Nordhavns and has a desire to connect with other like-minded people.

As with the other groups mentioned above, PAE/Nordhavn neither owns nor controls the new group- although we watch it with great interest. The owners of the Nordhavn Dreamers group have asked PAE to post this notice on our web site inviting members into the group. If you have an interest in joining the Nordhavn Dreamers group, please follow the instructions in the Nordhavn Dreamers link below. And again. The disclaimer from PAE/Nordhavn one more time: We don’t own or control the group or get any financial gain from it. However, nothing pleases us more than to see the world wide community of Nordhavn aficionados connecting and spreading the good news of Nordhavn. 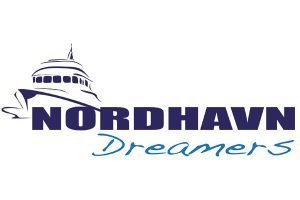 For those who want to own a Nordhavn but aren’t quite ready to buy, the Nordhavn Dreamers group is for you! 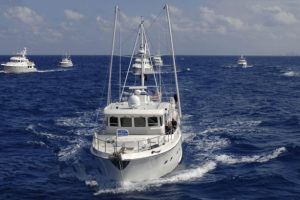 From Atlantic to Pacific and around the world, bringing Nordhavn owners together from all corners of the Seven Seas.