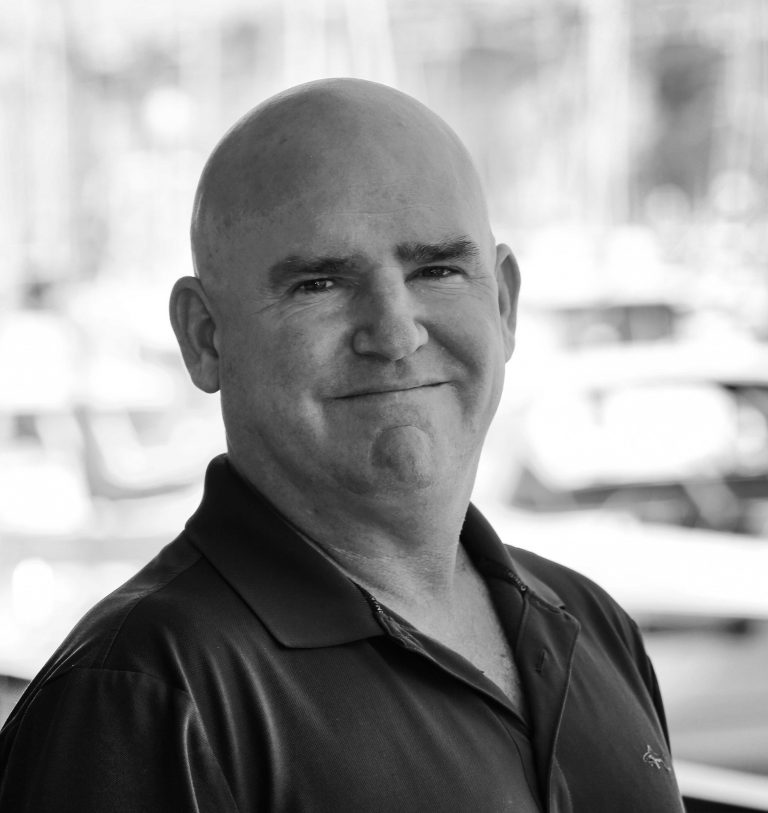 Like much of the staff, Justin Zumwalt started at P.A.E. on the commissioning team. After years of outstanding performance, Justin was named Commissioning Manager and soon after, he became the project manager of the 57, 64 and 68. He has logged thousands of miles helping to deliver boats and as a crew member of the Around the World voyage. Justin was a standout as the “admiral” to Captain Jim Leishman aboard the NAR’s lead boat, Atlantic Escort.