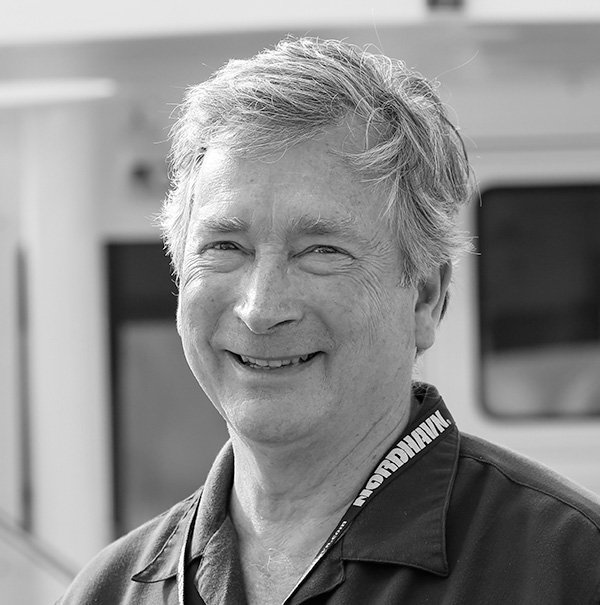 Mark Gilbert is an industry vet having sold boats in the Pacific Northwest area since 1983. He worked with dealers repping high end cruising sailboats such as Pacific Seacraft, Tartan, Valiant and Cabo Rico; as well as quality motor yachts including Offshore and DeFever. Mark was one of the first salesmen to obtain a CPYB certification and his expertise earned him positions on several NYBA (Northwest Yacht Brokers Association) committees. A familiar face on the local and national boat show circuit, Mark describes his selling style as “consultative selling” and will go to extraordinary lengths to assist his clients realize their boating dreams.

Mark literally has grown up around the world: he lived abroad in India, Borneo, and Venezuela as a youngster, then his family relocated to Spokane, WA where he graduated high school. He followed up a BS in Preventive Medicine from the University of Washington with a stint in the Peace Corps in the southern Philippines from 1970-72. He’s a skilled woodworker, having worked as an owner/operator of an industrial woodworking business. For fun, he took up sailing which led to a professional career in the boating industry. During what proved to be a bit of foreshadowing, Mark was introduced to PAE in the late ‘90s while working with a customer on a new Mason 44 build. He met Jim Leishman – who offered him job with the company on the spot! And although very impressed with the brand, he was unable to relocate to southern California. Fast forward about 15 years and Mark found himself able to say “yes” to a second job offer with Nordhavn while staying put in Seattle. “I look forward to contributing to the success of Nordhavn, while receiving the personal and professional gratification associated with the product line and parent company PAE!” 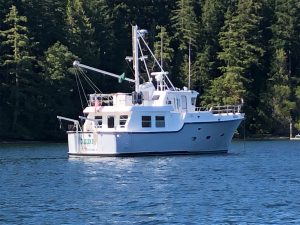 Unless a broker is with Nordhavn, he won’t have the knowledge necessary to give a new owner the proper training these kinds of boats require. This is also very important for the seller. Nordhavn Brokers can articulate how these boats are built in terms of engineering and construction as well as the quality of the components important information that makes these proven Nordhavns a much better value for a potential customer.

I had our Nordhavn 40, Amanda Lynn, on the market the entire summer of 2007 listed with a local trawler dealer. They just didn’t know enough about Nordhavns to explain the features and benefits of my boat. If I had to sell Amanda Lynn again, I would go straight to Nordhavn. I would have saved a lot of time and frustration.