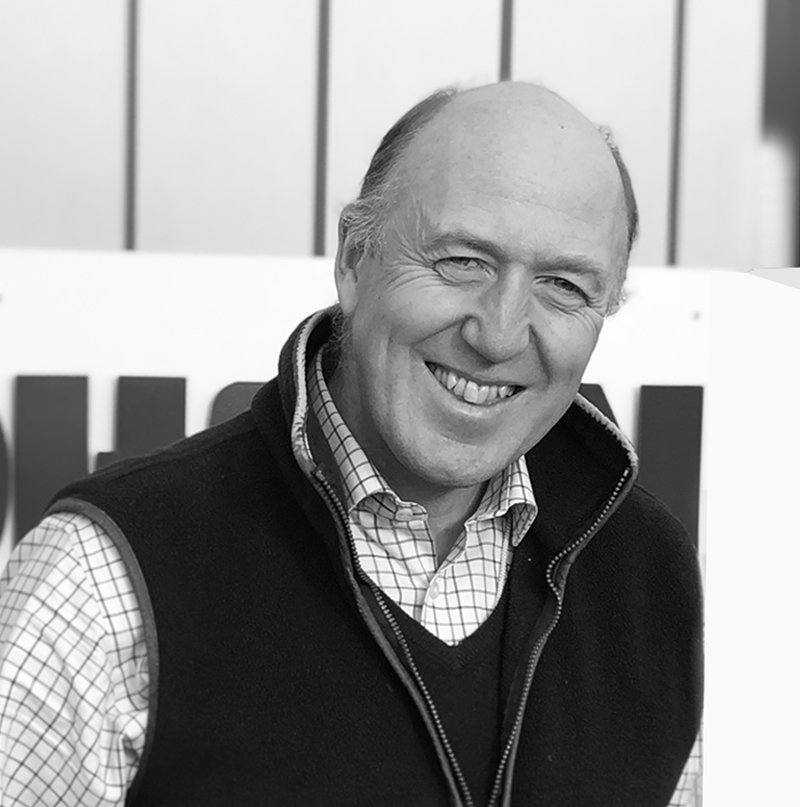 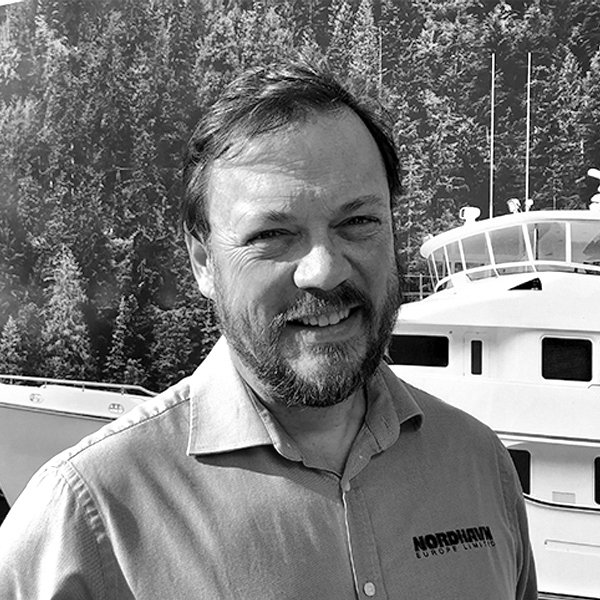 LŌĆÖAdagio┬Āis a fantastic expedition trawler. She has served as a perfect luxury yacht. No compromises have been made in her production, maintenance or further equipment. She has been equipped to go to the end of the world and back.

Over the years her already excellent machinery and systems have been improved to ensure comforts, range and safety.

LŌĆÖAdagio┬Āhas been to Alaska, USA, Mexico, Central America, The Caribbean, Bahamas, US East coast, Canada. She has seen the Ice-covered fjords of Northern Greenland, she has thoroughly cruised Europe from Scandinavia and the UK along the Atlantic coast through Northern Africa to the Azores and the Canaries. She has been everywhere in the Mediterranean from Spain and Morocco in the west to Greece and Turkey to the east. She has crossed the Atlantic on her own keel twice. She has been over the North Sea and the Bay of Biscay. She has been through canals and locks. And she is equipped for it all.

She is big, safe, comfortable and comes fully serviced in pristine condition with all systems ready to go straight across the Atlantic again.

Forward of the dining table on the portside is plenty of shelving for books and a display cabinet for glasses etc.

To port is a large 46ŌĆØ LED TV on a lift system which can be comfortably watched from the starboard sofa or stand-alone arm chairs. On the starboard aft corner of the saloon is a cabinet housing the custom Sonos controlled Yamaha digital surround sound music and B&W entertainment system supplying different entertainment around the boat.

The larger windows in the saloon have custom Hunter Douglas blinds, known as Silolite blinds. All doors hatches and openings are equipped with bug screens.

The saloon is fully air conditioned as is the whole boat. Heating is provided by the central AC system which is also equipped with electrical heaters in every air handler.

The main Electrical control panel is located between the saloon and galley in a small lobby with door to starboard.

On the left upon entering the galley there is a large walk in pantry with shelving, ideal for storage.

Cupboards equipped with sea safe holders for porcelain and glassware.

Master Cabin
Light and spacious cabin with larger opening rectangular port lights to both port and starboard fitted with the custom two style blinds for night and privacy day blind. King sized bed with custom Tempur mattress, vanity unit to starboard and opposite the bed against the forward bulkhead is a TV lift with 32ŌĆØ Plasma TV.

The cabin is carpeted throughout. Numerous cupboards, drawers and hanging lockers.

Hall
Carpeted and the location of the wine storage. Capable to store 100 bottles with thermostatically controlled cooler. Separate storage cupboards and drawers.

Utility Room/laundry
Currently being used as a utility room with Miele washer and dryer, Sub Zero below counter fridge / freezer, microwave, sink with mixer taps, granite tops, storage cabinets above.
To turn this area into a crew cabin could be achieved with minimal work.

Workshop
Located just forward of the engine room, fully fitted with stainless steelwork tops and vice. Cabinets above storing fittings, large inventory of spare parts, associated equipment and all relevant manuals for the engine room. Below is a Snap-on tools box with every conceivable tool.

Engine Room
Located behind a water tight door, the engine room as with the rest of the boat is well laid out enabling the owner to operate, maintain and move about the engine room with ease.

Pilothouse
Approached via a stair well from the saloon, the Pilothouse is a light open space with great 360 degree visibility with two Stidd helm chairs face the well laid out ship’s navigational instruments and central control station. ┬Ā

There is comfortable seating behind the helm chairs with teak table. A very comprehensive instrument package with all the major systems being duplicated for safety. A ŌĆ£Captain’sŌĆØ fridge ensures comforts on transit.
The instrument package is as follows and has been recently re-designed with maximum security and redundancy in mind:
There are three independent navigation systems onboard, 2 PC based MaxSea/TimeZero-Pro systems capable of being run in parallel or individually. Each controlling radars, sounders and charting system etc. and a standalone Furuno system with its own Radar, sounder and charting system.

FLIR Thermal nightvision camera can be operated from within the MaxSea system or on its own system. FLIR can be locked to objects, MOB or positions. The FLIR is awesome to navigate in icy waters.
2 x Simrad 25 auto pilots, fully independent systems which can be operated from PC or Furuno.
Furuno Satellite Compass (main compass and GPS)
Cassens & Plath overhead Compass (magnetic)
Furuno GPS
6 x Furuno RD-30
Furuno AIS class A
Weather Caster / Airmar┬Ā
Radios: Iridium Pilot (always on) receiver for satellite telephony and satellite internet connection,┬Ā
2 x Icom VHF, 1 x Icom SSB receiver, 2 x hands free Simultalk 4G radios with headsets for docking,┬Ā
1 x ┬ĀIcom handheld VHF
Carlisle and Finch 400w spotlight with duel station remote
Control for the hydraulic TRAC stabilisers
Kahlenberg horn
Fuel flow scan meters
Hatch monitor panel. (Sensors have been fitted to all hatches and ports which indicate by a light if open)
Many more of the control panels for systems around the boat are located in the pilothouse including the 12 and 24-volt panel.

In the pilothouse there is also a good office with shelves, drawers, an office desk with a wall mounted computer screen serving the central ships computer/entertainment server. This is also the center of┬ĀLŌĆÖAdagio’scomprehensive IT network.

Cisco routers and switches as well as a Pepwave Max HD2 as the main provider of Internet via Satellite, Wifi from shore, 3G, 4G, cable, or teetering.

Captains / separate guest cabin.
Single or double bed, ensuite bathroom and vacu flush head and separate walk in shower. Plenty of hanging locker and drawer space. The cabin is currently being used as a relaxing area with sofa which pulls out into double bed.

Exterior
From the stern:

Teak ┬Ācovered cockpit with two access hatched to the lazarette, Varnished teak cap rail to the transom, built in seating with removable teak expanding table and further teak seating. All seating is covered with attractive blue and white fabric. The cockpit has dining capability for 10. To the starboard side is one of six control stations enabling easy and excellent visibility for alongside docking and or Mediterranean mooring.
Large electric BBQ with work surface and cupboards under, granite chopping block and sink with mixer taps.
Electric windlasses each side with foot switches used for warping work.
Locker with compressed air nozzle, fresh water and salt water tapes. Walk way to port has boarding door and leads to large storage cupboard, ideal for wetsuits etc.

Walk way to starboard has boarding door and single door access to the inner lobby by the main electrical control board. The walk way continues to the foredeck via 6 steps.

A fiberglass storage box is located under the boom of the davit for storage and also supplies compressed air spigot and fresh water and sea water taps.

Port and starboard chain lockers for the twin Maxwell 4500 hydraulic windlasses with two 135 kg anchors windlasses controllable from the foredeck, pilothouse and flybridge.

The area behind the pilothouse opens to a lovely upper aft deck which is completely covered by the flybridge aft deck with attractive custom sofa and seating with low level table.┬Ā
Located on this deck in each aft corner are two Switlik 6-man life rafts (full Solas compliant).

Port and starboard side are ŌĆśflopper stopperŌĆÖ poles with associated rigs.

Flybridge
Access by the stairs from the Pilothouse. Protected from the sun by a fiberglass hard top, the flybridge is the second control center for the boat with 360 degree visibility from the two Stidd helm chairs with many of the main instruments and control systems repeated from the Pilothouse to the well laid out panels on the flybridge. ┬ĀBehind the helm chairs off set to starboard is further seating with teak topped dining table, BBQ / grill with cook top, sink, and fridge. Behind the stack system is a continuation of the flybridge deck which is open, equipped with teak sun loungers and a further area to relax and enjoy the sunsets!

The company offers the detail for this vessel in good faith but cannot guarantee or warrant the accuracy of this information nor warrant the condition of the vessel. A buyer should instruct his agents, or surveyors, to investigate such details as the buyer desires validated. This vessel is offered subject to prior sale, price change, or withdrawal without notice.