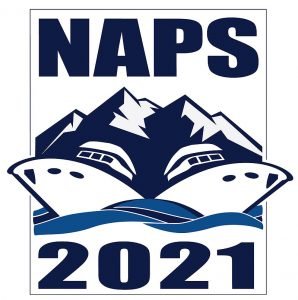 The third annual Nordhavns Across Puget Sound (NAPS) rendezvous will happen May 8-10, 2020 and organizers are anticipating the biggest turnout yet with at least 40 Nordhavns expected to participate. The weekend event is a low key gathering of Nordhavns devoid of formal dinners and organized seminars. Instead, NAPS skews more toward potluck suppers and boat hopping during which owners compare layouts and swap cruising stories with one another.

NAPS was the brainchild of Kevin and Allison Jeffries, owners of N55 Red Rover, who love  attending Nordhavn company rendezvous and wanted to create a less elaborate version they could bring to the Pacific Northwest that could be managed easily enough by the two of them. This year they spearheaded a new event, the Taco Run, joining a slew of Nordhavn owners on a venture down the west coast to Mexico, where they will spend the winter. This meant they wouldn’t be around to manage NAPS so they handed over the reins to N62 owner, Bill Baker.

Baker had attended NAPS this past spring, where boat participation stood at 19 boats, up from 9 boats the first year. When the Jeffries realized they wouldn’t be able to run NAPS in 2020, they looked to their friend to step in. “There was some arm twisting and margaritas to ease the pain,” joked Baker. “Before I knew it, Kevin had me talked into it. [He knew my wife and I] would be in the northwest for a year or so.” There was no escaping the assignment. Gratefully, Kevin continued to assist as much as he could, and Baker has received a hand from fellow owners Elizabeth and Shawn Krenke and Jill and Don Bernard.

He’s needed the support given the huge interest in the event’s third installment. Baker said that at least 11 different Nordhavn models will be represented, and he speculates the Victoria International Marina, the site of NAPS, will max out with 50 Nordhavns in attendance. “I think we may get that,” said Baker, excited about the prospect of seeing and meeting all the Nordhavn owners, but worries capacity will shut out some, adding “I will feel bad [if] there’s no more room.”

Nordhavn owners interested in attending NAPS can reach out to Bill Baker by contacting bill@mvroxia.com.

N68 Discussion and Q & A Session