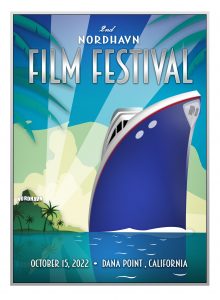 With just three months left until the premiere of the 2nd Nordhavn Film Festival, excitement is starting to percolate and plans are well underway. We’ve heard from some of the filmmakers who will be vying for the $17,500 cash prizes about their progress. And behind the scenes, details are really coming together. The judging panel has been finalized, made up of six excellent candidates that are taking the role very seriously. (Meet them here.) They are currently in the process of creating a set of judging criteria guidelines for the filmmakers, which will be released soon.

We’ve also just dropped the official trailer of the 2nd NFF, crafted by our own talented movie producer, Doug Harlow.

And we’re pleased to announce that several of our vendor and media partners have all joined on as NFF sponsors:

It’s not too late to consider making your own NFF video. All you need is a good idea for a theme and some great Nordhavn footage. Deadline for submission is September 9, 2022.