The Nordhavn 625 splashed into the test tank at the South Coast factory for the first time. She’ll undergo her initial round of seatrials as she nears completion. The final stages of construction, which consist mainly of doors and round ports in the pilothouse and some interior installations, will wrap up over the coming weeks. “She’s fairly complete,” said Project Manager Mike Jensen. “As long as all goes well with the current testing and upcoming seatrials which should happen any day now.” After the last round of seatrials, she’ll be prepped for shipping, which is being targeted for the end of the year or in the early weeks of 2023.  The boat is slated to arrive in February and will commence commissioning at the west coast commissioning hub in Dana Point, CA. Her new owners hail from Nevada. 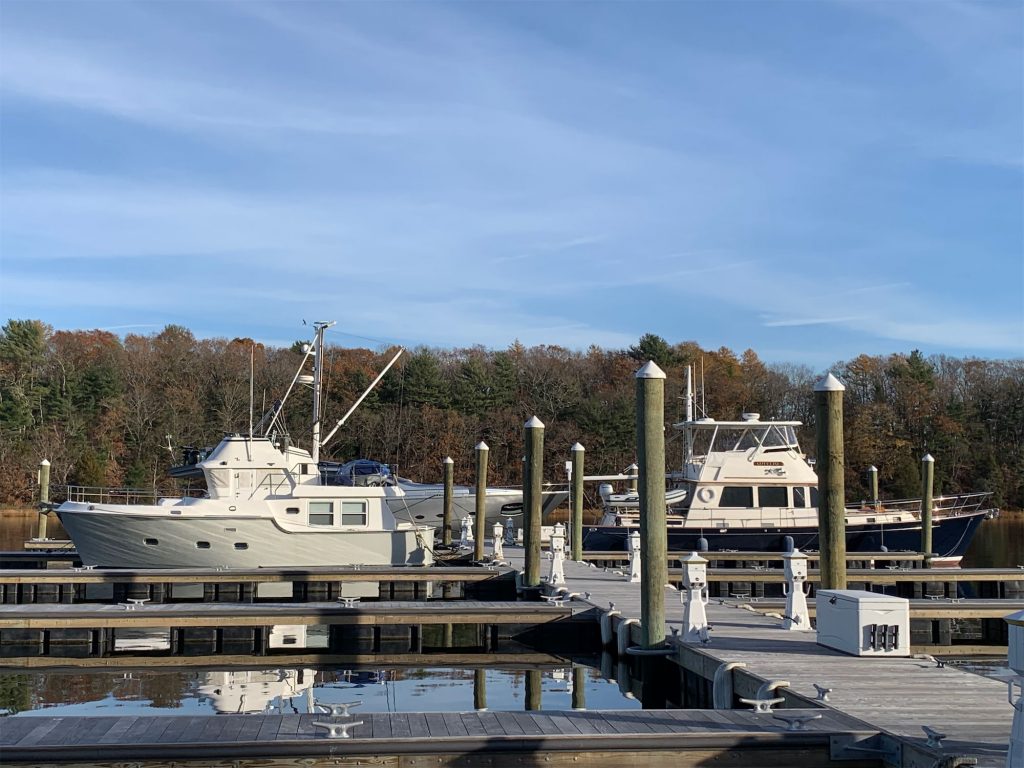 Nordhavn 40 OSIYO sits nestled at the docks in front of the Nordhavn Northeast office on a brisk, sunny day in East Greenwich, RI. She’ll be spending the winter there under the watchful eye of the NNE staff.

Two beautiful brand new Nordhavns were shipped from the South Coast factory today bound for southern California. Nordhavn 96#18 and Nordhavn 475#46 will arrive in Dana Point on December 6th and undergo final commissioning before being delivered to very excited new owners in early 2023. The hull of Nordhavn 96 has been sprayed a gorgeous sky blue (Rascal Blue) color and stands out even more than she would already. The N475 is the third of this model to be delivered and is gaining steam in popularity.