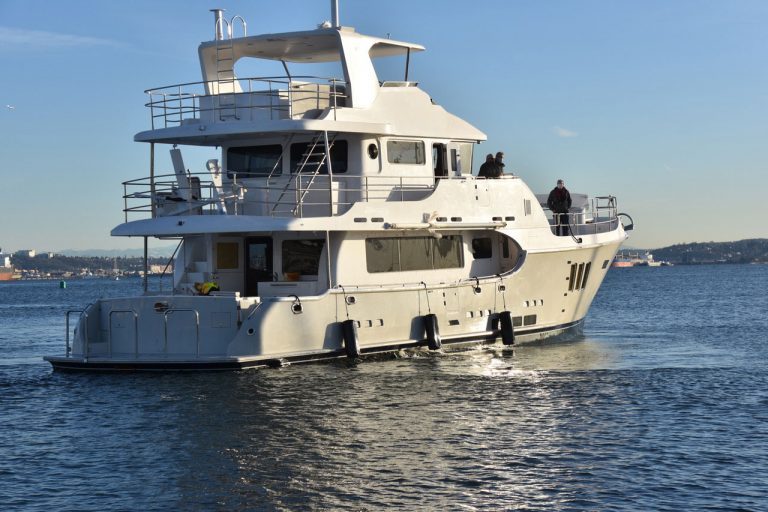 Customer’s cruising plans: The owners took delivery this fall and thus far have been up and back to British Columbia. Near future cruise plans call for Alaska and BC, with further exploration into Canada once borders are reliably re-opened. The owner said he had high hopes for cruising into northern Canada but suspects the Omicron variant may sideline those plans, however adding, “Fortunately there is a lifetime of cruising to do in this region, so it’s not a bad place to hang out.”

Notes about this boat: This is the owner’s second Nordhavn. He is famous in the Nordhavn world amongst other Nordhavn owners for being extremely knowledgeable on systems, electrical, and engineering. That knowledge and experience was incorporated into the design, engineering and build of this boat.