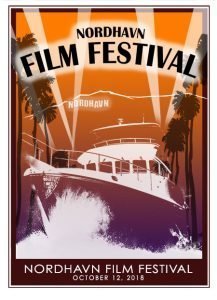 Nordhavn owners love to embark on adventures, and it’s clear they like documenting them as well. The re-telling of explorations has become serious sport amongst owners who upload vlogs and videos with unique camera angles, storylines, even background music. What else is clear? People like watching these videos. There are 12,500 subscribers to the Nordhavn channel on YouTube, which has 140 videos and counting – most with thousands of views each. Admittedly, we at PAE are not immune to the Nordhavn adventure video obsession (and are possibly responsible for clicking on a video or two…or 50) and decided the time has come to honor the hard work of these individuals. With so many potentially great Nordhavn films just waiting to be created, what better way to recognize this video-making passion than with a big awards ceremony? So, in keeping with Cannes, Venice and Sundance, we are excited to announce the first ever Nordhavn Film Festival.

Back when the earliest Nordhavns were being delivered nearly 30 years ago, there were only two ways to get an understanding of how epic our owners’ adventures were: either hear a replay of the trip (sometimes epically told, sometimes not, and usually months or even years after the fact) or look at photo prints that’d been scanned on smudgy scanners and emailed. Mercifully, technology has intervened with the internet providing instant gratification for our Nordhavn need-to-know whims. High quality cameras produce crisp, clear shots to be shared, and with the advent of GoPro and drones, owners are now dazzling us with movie-quality footage of their journeys.

“For Nordhavn owners, the desire and ability to take amazing video has almost become a pre-requisite to embarking on their voyages,” said Nordhavn’s vice president Jim Leishman. “I think the opportunity to put their absolute best foot forward in the creation of a cruising documentary is going to be an exciting one for most of them.”

Not only will the “director” of the winning video receive bragging rights, they will earn a cash prize of $10,000, which Leishman hopes will incite competition from more people.

The contest is not restricted to Nordhavn owners, and in fact, anyone who has cruised on a Nordhavn and believes they have enough footage to put together a comprehensive and interesting film is eligible.

“The goal is for people to embrace the challenge and have fun with it,” Leishman said. “I’m sure the entertainment value will be high, not only for the creators of the videos but also those of us who get to watch them.”

A volunteer panel of industry professionals, Nordhavn owners (not participating in the contest) and cruising enthusiasts will judge all entries. Anyone who is interested in serving on the panel should express their interest by providing a short explanation on why they would make a good judge and email it to info@nordhavn.com.

Finalist videos will be premiered at the Nordhavn Film Festival next October at the company’s World Headquarters in Dana Point, CA, where winners will be announced at a lavish black-tie ceremony.

Anyone interested in submitting a video should complete a preliminary entry form as soon as possible.

The N41’s are on their way. Hull #1 and #2 at the shipping port in Istanbul. Next stop California!