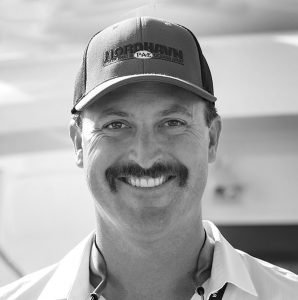 Pacific Asian Enterprises, Inc. (PAE) is pleased to announce it will be expanding its representation in the Pacific Northwest with an annex sales office based in Anacortes, WA. The move is an effort to increase the accessibility of support and service to Nordhavn owners and buyers in Anacortes, a gateway to PNW cruising grounds and well-established trawler hotbed.

Nordhavn salesman Devin Zwick, who has spent five years in the Southwest sales office in Dana Point, CA, will head up the Anacortes office. He will be working conjointly with Don Kohlmann, sales manager of Nordhavn’s northwest office, and his team, in Seattle. “I’m excited to be supporting Don by providing a ‘face in town’ for all the Nordhavns who visit or are based in Anacortes,” said Zwick.

Although a lifelong resident of California, Zwick brings a certain level of local knowledge with him. Prior to his current role as salesman, Zwick was a megaycht captain and engineer and spent many years cruising the waters between Washington, British Columbia and Alaska and has delivered countless Nordhavns in the area.

The satellite office will be aligned with Harmon Marine, a long-time Nordhavn service provider, whichis also relocating operations from Dana Point to Anacortes. Owner Greg Harmon has spent the past decade working with Nordhavn owners in southern California, but the Alaska native is enthusiastic about the change of scenery. “I’m looking forward to working with Nordhavn and its customers to provide safe and pleasurable cruising experiences in the Pacific Northwest and Alaska,” said Harmon.

Zwick will facilitate service needs acting as a liaison between customers and Harmon Marine. This won’t be Zwick and Harmon’s first time teaming up; the tandem have worked together on several Nordhavn projects and have amassed over 10,000 cruising miles together on various deliveries.

The office begins operations mid-February but Zwick will kick off his inauguration by working the Seattle Boat Show the end of this month and attending the owners’ party. He’ll be sharing space at the Waggoner’s Cruising Guide offices. Harmon Marine is expected to be ready for business in April.