Nordhavn Service with a smile and an unmatched level of expertise 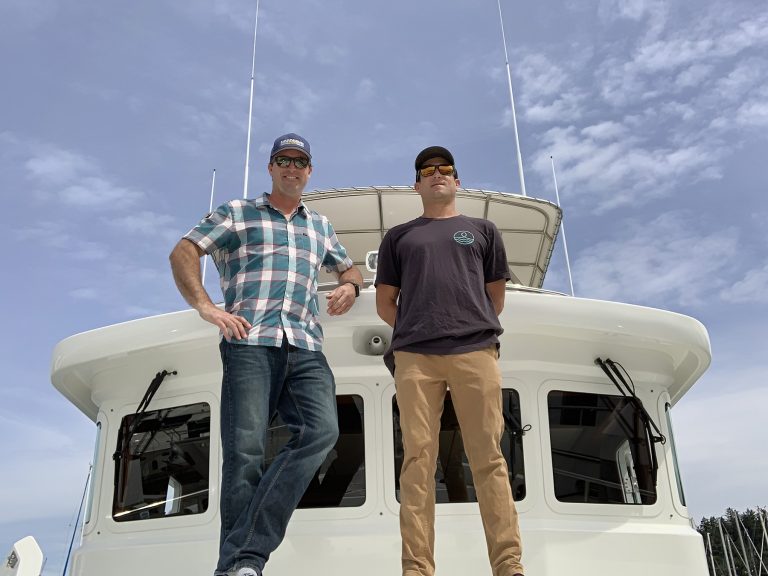 (PAE is excited to announce it is intensifying its focus on service as it not only expands locations but locks up partnerships with preferred service providers as well as bolsters its own in-house crews at the East Coast and West Coast Nordhavn Service facilities. This is the first in a series of reports on Nordhavn service.)

With the number of Nordhavns in and around the Anacortes, WA area, it was an obvious move for Pacific Asian Enterprises, Inc. (PAE) to open up an office there. The new location serves as a Puget Sound annex to Nordhavn Yachts Northwest based in Seattle. Salesman Devin Zwick has taken the reigns of Nordhavn’s northwest offshoot, and has aligned the office with an exceptional service partner, Harmon Marine.

For many Nordhavn owners, Harmon Marine will have a familiar ring. The formerly Dana Point, CA-rooted service facility was a go-to for many Nordhavn jobs so the technicians there are well-versed on the brand’s systems and components. What’s more, Greg Harmon’s company has the endorsement of PAE vice president Jim Leishman and Nordhavn owners alike.

“Greg Harmon of Harmon Marine is a most conscientious, and capable Marine Contractor. Greg has performed a wide variety of marine work on Nordhavns and enjoys an excellent reputation with our owners for his quality work. 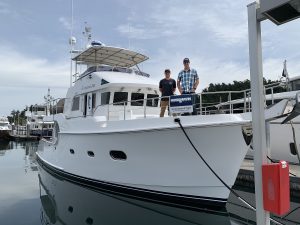 Greg is extremely competent in all matters electrical, both DC and AC, and has extensive knowledge of plumbing and head systems. He’s an expert on the operation and troubleshooting of water makers. He’s also accomplished in extensive electronics package installations and recently installed a satellite TV system for me. Personally, I have had Greg take on significant jobs aboard two of my vessels over the past few years. He performed the work with perfect results.

I suspect that there is very little that Greg cannot do aboard a yacht thanks to experience and formal training.”

Indeed, Harmon is a graduate of the Landing School of Boat Building & Design in Kennybunkport, Maine where he acquired his ABYC certifications in AC/DC electrical and Diesel Propulsion. He is adept at everything from battery swaps to underwater lights to full navigation/communication system refits and initial design and installs. Harmon Marine also has access to a 200 T travel lift (at nearby Pacific Marine Center) when jobs call for haul-outs.

“When choosing a service provider, it’s as important to deal with someone who is reliable and trustworthy as it is someone who’s an expert at their craft,” said Nordhavn salesman Zwick. “We are fortunate to be able to team up with an outfit like Harmon Marine which excels in both areas. That’s a rarity in the marine business.”

Nordhavn 40 owner Michael Holland agrees. “I have used Harmon Marine many times over the last five years for maintenance issues as well as to install new equipment. Their knowledge and expertise boosted my confidence in my boat’s performance.”

What’s more, since Harmon Marine is working jointly with PAE, Harmon and his techs have direct access to the engineering and project management team at Nordhavn. That’s insight and access that no other service facility can provide.

“In an ideal situation, we would have our own company commissioning crews and techs stationed at every office, but that’s not possible,” said Zwick. “You could say that – in a way – Harmon Marine is an extension of Nordhavn. It’s the next best thing”