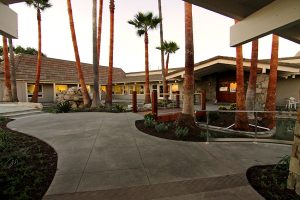 After nearly two years in the making, the new Nordhavn world headquarters is officially up and running. Staffers spent much of the break between Christmas and New Year’s moving furniture, files and equipment from one of the three different office buildings that – until last week – made up Pacific Asian Enterprises’ (PAE) home base since 1997 into the gloriously refurbished 9,000-sq-foot facility which sits right at the easternmost point of Dana Point (CA) Harbor.

The move was a highly anticipated one since PAE management have been anxious to house all of the HQ departments under one roof for a number of years. With the new location comes the uniting of sales, project management, engineering, accounting, commissioning and shipping/receiving.

In addition to making operations a more efficient process, owners and prospects will be treated to a state-of-the-art showroom and owners center, making for a better customer experience for visiting clientele. 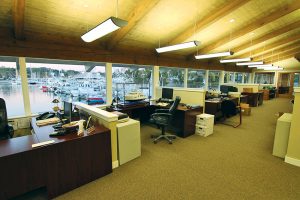 Even though PAE has been in its new digs for just a few days, there exists a long history between the company and the old building. For decades, it was the site of the Beach House restaurant which had closed after falling victim to the down economy. But during the eatery’s heyday, the principles of Pacific Asian often shared a beer at the bar, hashing out the designs of some of Nordhavn’s earliest models. In a fitting tribute, a six-foot section of that bar – as well as some of the restaurant’s old cocktail tables and chairs – were retained as a key part of the gallery room dedicated to the history of PAE and the Dana Point waterfront.

You can read more about the move in the January/February 2013 issue of Passagemaker magazine which mentions the new PAE headquarters in its Port Profile column.

For customers and vendors, phone numbers have not changed. The only difference now being that there will be one universal fax number.