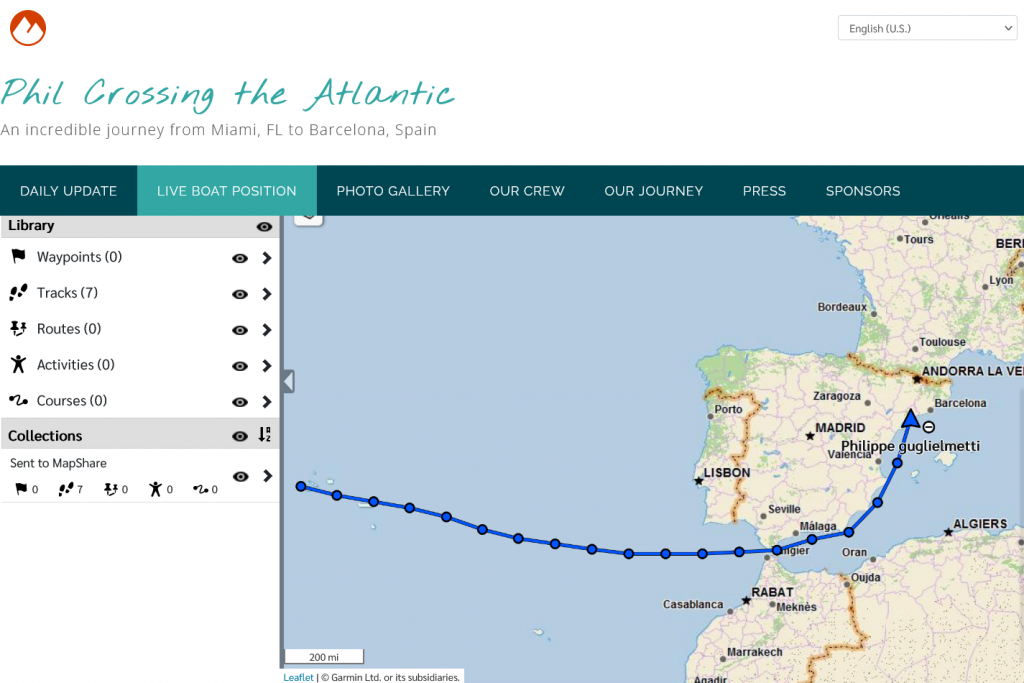 Philippe Guglielmetti crosses the Atlantic on his Nordhavn 40

Leg Three of Philippe Guglielmetti’s ocean crossing adventure aboard his Nordhavn 40 Embracing Life reached its conclusion this morning as the crew pulled into the port city of Tarragona, Spain. Their arrival put an exclamation point on what has been an unbelievable adventure, on so many levels. Most importantly, it ratifies the milestone achievement of  crossing an ocean that Guglielmetti set for himself. A debilitating stroke suffered five years ago left Guglielmetti with several disabilities and bound to a wheelchair most hours of the day.

His road to recovery has included a number of physical challenges which tested not only his physical but mental abilities; crossing the Atlantic Ocean is his most ambitious to date, but even Guglielmetti couldn’t have predicted just how difficult it would be. The boat completed a successful first leg from Miami to Bermuda, but a week after departing Bermuda the paravanes were lost which forced Embracing Life to go the remaining 23 days at sea without stabilization. This would be a test for any able-bodied person. For Guglielmetti, it would require all the strength he was capable of mustering. A hearty congratulations to Philippe Guglielmetti for his remarkable achievement and for exemplifying what it truly means to be embracing life.

Checking in with N9614 VivieRae in the Marquesas Islands