Skip to content
It’s a chaotic, worrisome time right now. The COVID-19 outbreak has brought anxiety and fear into every aspect of people’s lives. It’s not different for us here at Nordhavn with some of our staff being quarantined and working from home. Focus is on the well-being of all involved and the stop of communal spread. Heeding the advice of our government and health leaders, we try to continue with life and work as much as possible. Our leadership group and our yacht owners are navigating these tricky waters and taking approaches that are getting them through this unique time. But how exactly is the virus impacting Nordhavn and how is it being handled?

What follows is a multi-part series on ways Nordhavn and Nordhavn owners are facing the many challenges posed by the novel Coronavirus.

Should I stay or Should I Go? 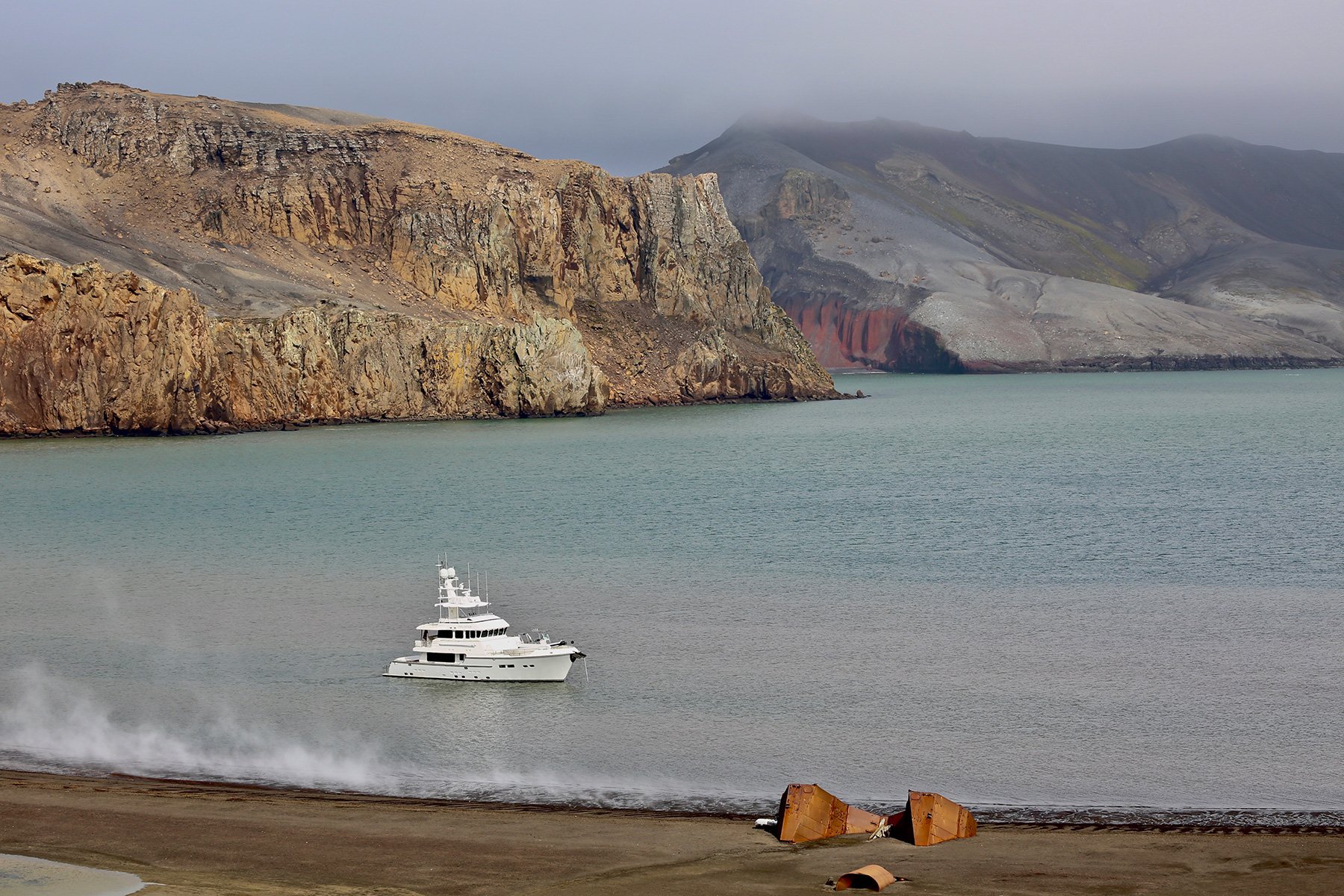 Long before the coronavirus pandemic hit, Nordhavn owners were out cruising the globe and way of life was pretty much status quo. But with things changing rapidly each day, the COVID-19 outbreak has disrupted routines and plans– even for those isolated on their Nordhavns in the most remote locations. So how are owners handling the ‘new norm’ courtesy of coronavirus? Some of them* took to the discussion forum on NordhavnLiving.com to offer their thoughts.

Last week Penny Talbot who owns N50 Northern Ranger II had a scare with the coronavirus while berthed in La Paz. A guest they were hosting on board left the boat and became ill after arriving home. They are waiting the results of a coronavirus test, but either way, “it really brought this issue closer to us quickly,” said Penny. They have a vehicle that would allow them to leave the boat and drive home and self-quarantine. But with a month’s worth of food, Penny said she and her husband will likely stay on the boat in Mexico “where it’s warm, rather than home where it’s still below zero.”

Last Tuesday, one Nordhavn owner checked in from Guadeloupe in the Caribbean and mentioned that France and all territories are under a shelter in place order, and so the streets on the island are empty. “I commend the French on this very tough approach,” she said. “We are fortunately fully loaded and happy to be afloat our Nordhavn island.”

One couple is taking the coronavirus into consideration when figuring out their summer travel itinerary on board their Nordhavn 40. They plan to work their way up the east coast and join the group of Nordhavns who make the  annual pilgrimage to Nova Scotia each summer. While those plans are standing firm, the owner said they have decided to change the stopping points along the way – opting to visit smaller towns rather than larger metropolitan areas. For now they are behaving like everyone else, not eating at restaurants and only going to West Marine when necessary. “I must say most of our friends and family are envious that we are on our boat, as if we really (needed) to, we could completely isolate ourselves,” the owner said. “I don’t think it will come to that, but always nice to know we have that option.”

Meanwhile Beth Lowrie is another owner who is happy that if forced to isolate, doing so on her and husband Jim’s Nordhavn is “relatively easy and enjoyable.” The Lowries are in the midst of putting together their spring cruising plans, which includes taking their Nordhavn 55 to Europe later this spring. “So far, our plans aren’t changing,” she says. While they currently spend their time “laying low” working on projects around the boat and hanging out on the flybridge instead of going out, they don’t want to hastily alter their plans and are opting to wait and see how things shake out over the next 6 weeks. They hope to leave Florida and cross the Atlantic by way of Bermuda and the Azores before moving on to Ireland. “Should those countries begin restricting entry, we’ll likely be forced to postpone our trip.”

The discussion on Nordhavnliving.com boils down to the simple fact that Nordhavn owners – like everyone else – are taking things one day at a time. Penny adds a final comment to the conversation that’s likely shared by most in the Nordhavn community: “Self-quarantining on board one of our beautiful boats, as long as you have lots of food, water, beverages, and whatever else you may need, doesn’t seem like too much of a hardship!”

*Not all owners could be reached for permission to have their names used or wished to remain anonymous for this story.

With the rapid daily changes that occur due to the COVID-19 pandemic, all information contained is accurate and up-to-date as of the time of posting.

Kitimat to Vancouver Island Ocean Trip Part 1 on our Nordhavn40