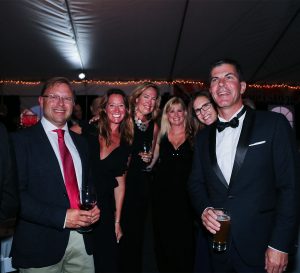 The first annual Nordhavn Film Festival (NFF) was a smashing success and proved Nordhavn owners not only know how to have great adventures, they can produce one heck of an interesting movie! The level of creativity, professionalism and entertainment value put forth by each of the 18 movies submitted was beyond all expectations.

“Suffice it to say, we will be doing this again,” said PAE president Dan Streech.

An independent panel of judges – made up of experts in the boating and entertainment industries – whittled entries down to 10 finalists. From that group, the ultimate winner was crowned: Aurora Saves submitted by Denzil Baynes. For his effort, Baynes took home the $10,000 grand prize and the beautiful Nordy award (the NFF’s version of the Oscar).

Rounding out the Runners Up were Our Nordhavn Life by Shawn and Elizabeth Krenke; Father to Son: A Legacy of Adventure by Adam Paskowitz; and When Dreams Align by Brooke Palmer.

The NFF was conceived as a fun, creative way for Nordhavn owners to “up their game” in the video realm. Movie-making seems to come second nature to most of the Nordhavn community anyway, but how would they respond if pushed just a little bit? You can see all the films here and judge for yourself, but to encapsulate, the end result was a myriad of outstanding new videos that get across the message of Nordhavn better than any advertisement ever could. 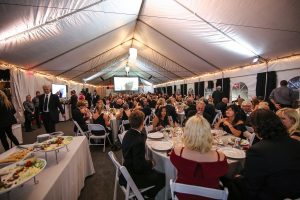 To honor the magnitude of the event, the celebration was set against a lavish backdrop that included a red carpet, three-course dinner, and chandelier-adorned tent. Around 200 guests were treated to a first-class showstopper, meant to mimic Hollywood’s top tier awards ceremonies. (See the photo gallery here.)

“We at PAE can’t stress enough that the Nordhavn Film Festival for us was a magical night in which Nordhavns and Nordhavn owners were celebrated in a way that befits the incredible depth of their contributions to the cruising lifestyle,” said PAE Vice President Jim Leishman, who conceived the idea for the NFF. “The time we got to spend with everyone serves as a reminder of why we do what we do.”

The NFF ceremony was live streamed and a recording of the entire event can be found here. Nearly 13,000 people have watched the Premiere event.