When A Boat, A Whale, And Fate Collide

I had to chuckle earlier when Adam told me his primary reason for installing the FLIR thermal camera on Spirit of Adventure was due to his major fear of running into a whale at night. But then… 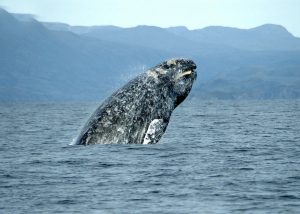 Adam, I’m not worried! You shouldn’t be, either!” That’s me, the delivery captain, responding to Adam Paskowitz, the owner of a Nordhavn 60 we were taking from California to Hawaii.

I had to chuckle earlier when Adam told me his primary reason for installing the FLIR thermal camera on Spirit of Adventure was due to his major fear of running into a whale at night. I’ve been delivering Nordhavns the past six years, and captaining other boats for several years prior to that. I’ve never once come close to encountering a whale—day or night. I’d heard about plenty of whale encounters from other captains, but really…what are the chances?

We settled into a regular routine with a watch schedule of four hours on, eight hours off. Lots of reading, movie watching, cooking and of course, attempts at fishing with two lines trolling behind us. In all, it was going exactly as I’d expected. We were on day seven of our seemingly benign delivery, and that was the setting when Adam rekindled the discussion of whale collisions, and I kinda told him off. 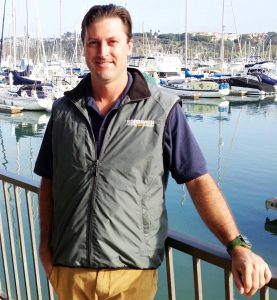 I drifted off to sleep after my watch, soon forgetting about our conversation. I awoke several hours later, greeted with a 25-knot northwest wind and 8 to 12 feet of swell behind us. The sun was so bright that visibility was tough as whitecaps threw spray into the air. At one point, I spotted a Japanese-based cargo ship target on AIS (Automatic Identification System), whose concerned captain radioed to alert us that we were very far offshore. “The Pacific Ocean can get dangerous,” he said. I thanked him for taking interest in us and assured him all was well.

I handed the reigns over to Adam’s crewmember, Renee, who was joined in the pilothouse by Adam, and told them about my excitement for the day. We had a laugh and I went down to the galley to grab a snack before sneaking off to my stateroom to finish reading my book. After a few minutes and without warning…WHAM…followed by a mad, jarring motion.

Adam was yelling, “We hit a whale! WE HIT A WHALE!”

I didn’t have time to process whether we actually had hit a whale or whether Adam had let his fears get the best of him. I began pulling up all the bilge space hatches looking for leaks. All clear there. The boat really was starting to rock now. I was still extremely skeptical that a whale had crossed our path, wondering instead if the conditions had deteriorated that much to encourage all this movement. My thoughts were interrupted by another noise now and I moved throughout the boat trying to figure out the origin of it. I ran to the stern to find the fishing rods ripping out line, and there, about 150 feet behind the boat was a 25-foot grey whale floating belly-up. I couldn’t believe my eyes!

The rocking and rolling was due to the loss of our stabilizers. I headed down to the engine room to make sure nothing had been jolted loose. With everything in apparent working order, I made my way back topside and leaned over from the Portuguese bridge to see whether the fins were still intact. There didn’t appear to be damage to either one so I restarted the system on the ABT digital control pad. The fins began moving and the ship began to ride nicely again.

After we had gotten our pulses back to a somewhat average resting rate, we were able to go back to our routines. I braced myself for a tongue lashing of “I told you so!” from Adam, but he happily spared me, opting instead to focus on whether we should be alerting other boats to the whale’s position. I reasoned with him that we hadn’t seen a single other boat in four days and that the whale’s current position would do no good by the time any other vessels were in the vicinity.

For the next three days, Adam fixated on what else he could have done to avoid the collision. He didn’t believe me when I said, “nothing.” Sometimes things are unavoidable. You prepare yourself for the worst. And Adam was as prepared as anyone I’d ever met; he had the FLIR camera, the sophisticated radar, he even began doing a legitimate “Navy Watch.” That is, not sitting for the entire watch.

But in the end, being in a stout boat was what mattered most.