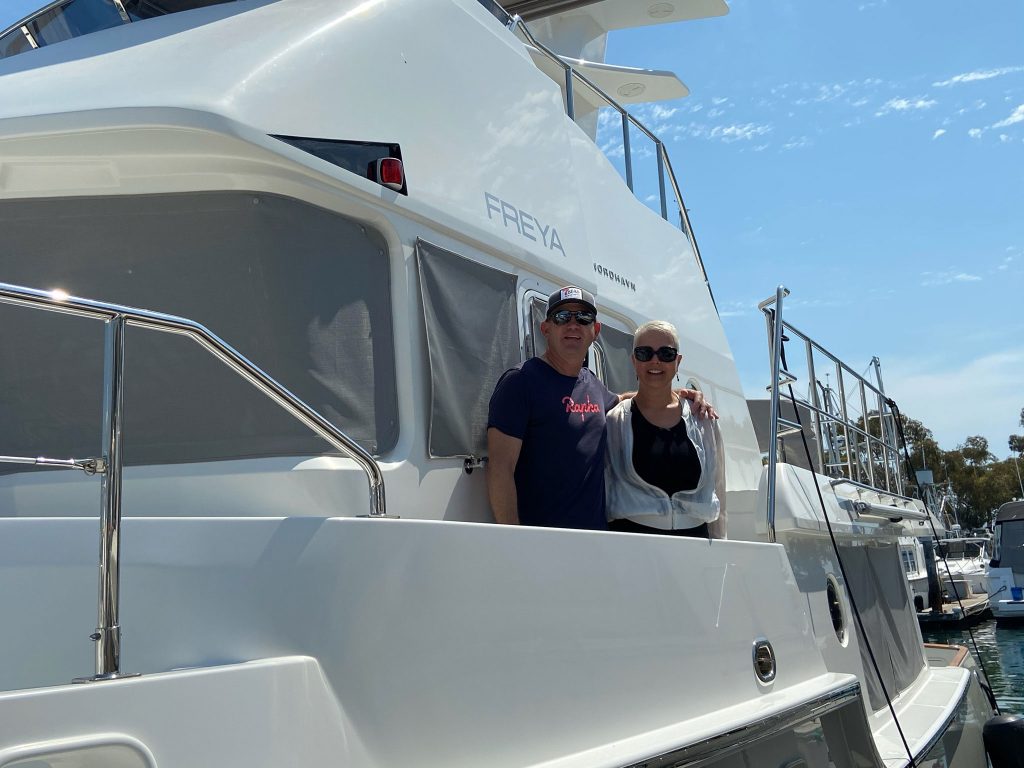 There’s a ridiculous saying that goes, “it’s better to be lucky than to be good”. When it came to purchasing a Nordhavn, Paul and Michelle Stamnes weren’t going to rely on good fortune. Although luck sometimes does play a role in boat buying and selling, it’s mostly based on smarts, hard work, patience and common sense. Oh, and having a good team behind you to facilitate helps. With the 360 degrees of Nordhavn working for them, the Stamnes knew the odds of finding their dream yacht were stacked in their favor.

The Stamneses had been poking around Nordhavn for a decade, but were about a year into serious research last fall when they decided to sell their Sargo 36 trawler. For certain, their next boat would be a Nordhavn. Targeting around 50 feet, they contacted Nordhavn broker, Mark Gilbert out of Nordhavn’s Northwest sales office in Seattle, to get them aboard the new 475. Hull one, lying in California, had recently been delivered to her owners. With that being their sole option to see a 475, they flew down to Dana Point and climbed aboard. They loved it. Problem was it would take more than two years before a new one would be delivered to them.

The Stamneses decided they needed to embrace patience and set out to focus on the sale of the Sargo while they figured out a plan for their new boat. As 2019 rolled into 2020, Mark introduced Paul and Michelle to a new model being launched by Nordhavn: the Nordhavn 51. This new boat would mimic the footprint of the 41, closely modeling a “production line” boat that minimized buyer options. The tactic has kept pricing down and production more smooth. Without the backlog being experienced at the Chinese yard, the N51 would have a quicker delivery date. They placed an LOI on a 51 as the first boats were expected to be finished the end of next year. 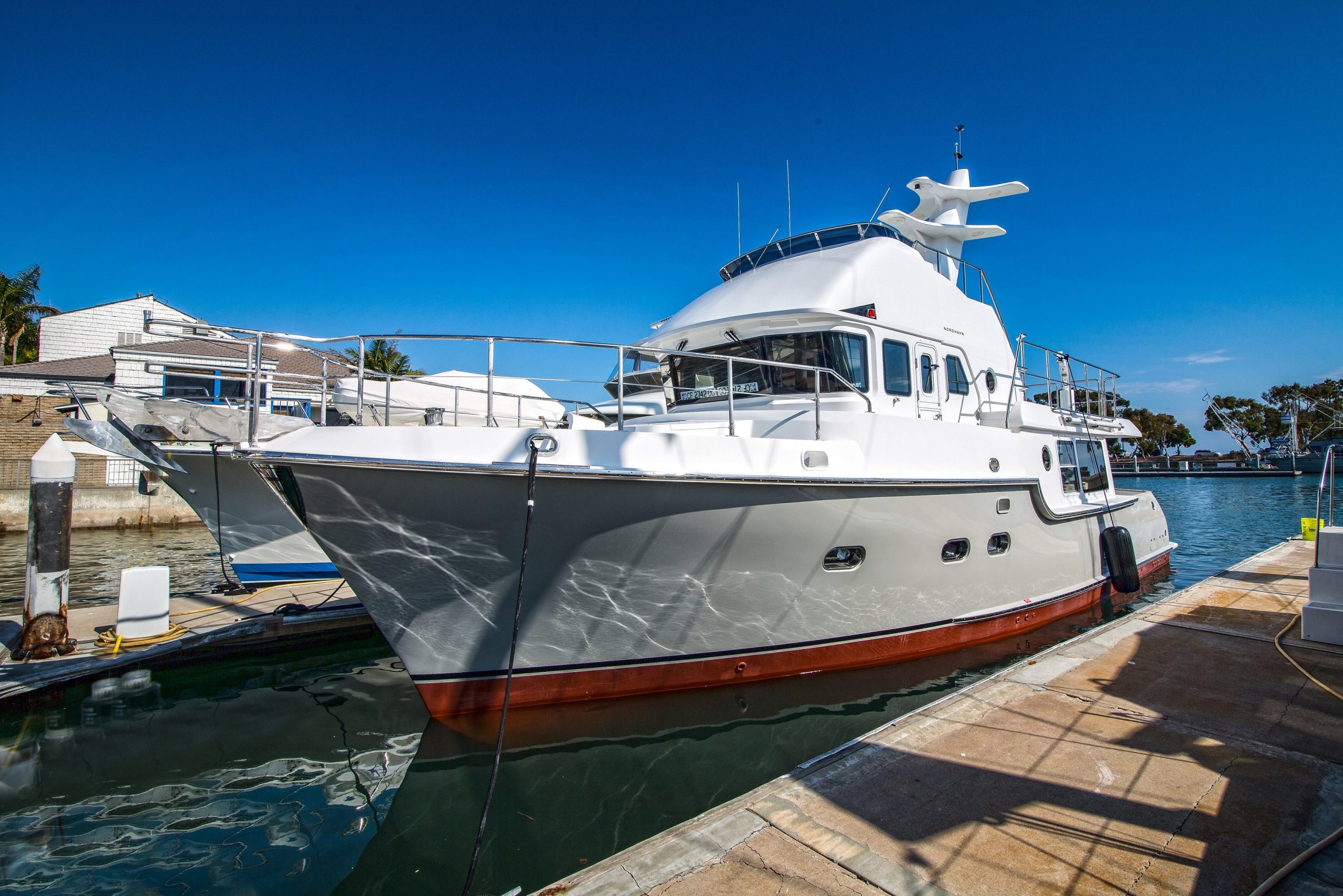 Spring ushered in the promise of a new cruising season, and with it, the COVID-19 pandemic. The brokerage market was hot with folks identifying boating as the ultimate safe and socially distant activity. The Sargo had been listed with Nordhavn for six months, and to increase the marketability of it, Mark encouraged the Stamneses to list with a Sargo dealer. A short time later, the owners of 475#1, then called Nomad, decided to put their boat on the market. Through Nordhavn’s sales team network, the Stamneses wasted no time submitting an offer, even before listing broker James Leishman from Nordhavn’s Southeast office, publicly posted the full specs on the brokerage websites. Despite still owning their other boat, the couple knew they couldn’t pass on this opportunity.

With word of Nomad’s listing spreading through Nordhavn’s sales network, the Stamneses put in a strong offer. “I knew there were other brokers who had clients interested in this boat,” said Mark. He encouraged Paul and Michelle to put their best foot forward. “They made a very strong offer. There was no room or time to mess around!”

At the same time negotiations on Nomad were happening, the Stamneses received an offer on the Sargo. Both deals ran concurrently, with good surveys, and closed simultaneously. Sometimes things are just meant to be.

Now Paul and Michelle prepare to head back down to Dana Point next week to begin the shakedown cruise up to the PNW with their N475, now named Freya. She is the Stamneses’ perfect boat and she really will be perfect once Nordhavn’s southwest commissioning team gets

Nordhavn 52#76 with the Morrison Family and James Leishman